Fire up the Magic School Bus because today we’ll be exploring Mean, Median and Mode. “Seatbelts everyone!”

After reading this essay you will gain a firm understanding of all three statistics and how they apply to purchase value.

From that understanding, you will be able to construct an educated thesis about customer purchasing tendencies.

Furthermore, if you are a Triple Whaler I will show you where all three AOVs are automagically [sic] calculated.

If your eyes glazed over when I mentioned stats, don’t worry it will be fun; I promise. This is Whale Mail.

A small bit of housekeeping, we still have a few invite codes swimming around Twitter (see what I did there). So if you want to become a Triple Whaler ping one of your favorite marketers.

One more thing, we are starting a podcast! Woot Woot. Our first episode will be live next Wednesday. More deets on how to sub coming soon. If you have any people you would like us to interview, tag us (@trytriplewhale) and them on the Twitters.

Thanks again for subscribing to Whale Mail. Preciate chu!

Learn all the skills, frameworks and communications strategies needed to profitably run a marketing ecosystem.

First off, great flick. Steve Martin is the best.

Alright, let’s jump in. What are mean, median & mode and why do they matter to me as a marketer? Two incredibly prescient questions that I aim to answer by the end.

But first, let’s start at the beginning.

Mean, Median and Mode are statistics used to represent/predict centralized tendencies of a data set.

That is a fancy way of saying, they show you where the middle of the data is. Now why is this important to you as a Whale Mail subscriber?

Because the ability to synthesize data from different perspectives into a coherent thesis is the show.

That is how the big girls and boys operate s/o Taylor Holiday. And after consuming this Whale Mail, that is how you will operate. Time to level up your stats game. #LetsGo.

The mean is what is most people call the average. If we are being pedantic, it is technically known as the arithmetic mean.

There are tons of other types of means, but remember I promised you this would be fun; so we won’t get into all that 🤣.

Ok where was I? Thats right, the mean.

Fun fact about the mean: it is the only one out of the three amigos to need a formula for calculation. Talk about high maintenance.

The average (I’ll refer to the mean as the average from here on to decrease cognitive load) is calculated by the following formula:

Average calculated would be:

How does this transfer over to Ecom?

Mean AOV or AOV is important to us because it provides the first piece of the puzzle about consumers’ buying tendencies.

The formula for AOV is:

There is a lot of weight put behind AOV, rightfully so. However, you want differing perspectives before constructing a thesis. Like an OG detective, hawking down every lead. Mean AOV is just the first witness you want to talk to in the customer tendencies investigation.

**Side note: Mean AOV and AOV are the exact same thing.

Now let’s look at the median. The median is not calculated by a formula, rather you rank order the data set. From that you derive the middle value. If the data set count (number of values) is an even number, you average the two “middle values” to calculate the median. Sounds like a lot, but it’s actually super simple.

Let’s look at a data set.

Now if we had another number in the data set, you would just average the middle two numbers.

It is not uncommon for the mean and median to be the same for a data set. The median is the literal middle of the data set.

Median AOV is calculated the exact same way as above. You would take the purchase values for Date X to Date Y as your data set. Then rank order them; the one in the middle is the Median AOV. If the data set count is an even number; average the middle two numbers.

The Median AOV helps you determine what the mid-point is in terms of purchase value.

Jumping back to our detective metaphor; we have talked to two out of the three witnesses (Mean AOV & Median AOV); let’s find out what the last witness, Mode AOV has to say about the data.

**Side Note: We realize Median Average Order Value is a cacophony of words, and doesn’t really make sense in mathematical parlance. And TBH neither does Mean AOV or Mode AOV but we are marketers, not mathematicians :)

You made it to the final boss, Mode AOV. Congrats 👏. The mode is the most common value in the data set. Let’s walk through an example.

The reason Mode AOV is important is because probabilistically speaking, you are going to receive this amount per purchase versus the Mean AOV or Median AOV.

Fantastic! Now that you have interviewed all three witnesses; you can start to construct a thesis. Let’s go through two examples together to drill the main points home of Mean AOV, Median AOV & Mode AOV.

Alright, on to the fun part (I told you it would be fun). What we are going to do now is run an AOV Analysis using Triple Whale for two different clients, Client X and Client Y.

Using what we just learned about Mean AOV, Median AOV and Mode AOV, we are going to build out a thesis around the central tendencies of each clients’ consumers. Let’s get started!

From the following visualization we can tell our client with confidence that:

On average, customers spent $144.12 per purchase in the last six months. (Mean AOV)

From this you also want to calculate the Mode to Mean Ratio.

82% is strong, but without the context of the business it really doesn’t mean much. Said a different way, there isn’t a “right” or “wrong” MMR, but with MMR you add another witness to the customer tendencies investigation.

Splendid. You are killing it. Now let’s look at Client Y.

From the following visualization we can tell our client with confidence that:

On average, a customer spent $47.33 per purchase in the last six months. (Mean AOV)

The most frequent purchase value during the last 6 months was $19.90 (Mode AOV)

From this you also want to calculate the Mode to Mean Ratio %.

What the data is telling us is that the most common purchase value is only 42% of the average purchase value. Again, not “good” or “bad” just another data point to synthesize.

From our analysis of the central tendencies of Client Y’s data, we can surmise that Mode AOV is a better representation than Mean AOV or Median AOV. This doesn’t mean disregard the other two, but know if you are running paid media for a client like this, expect $20 orders not $40 orders.

Pro-Tip: Use Triple Whale’s 60/90 Day LTV & Product Journeys to identify what products are driving the best economics; then run paid behind those and let organic support the rest of the product portfolio. Then print money.

You made it all the way through a stats lesson. Noice!

In today’s essay we covered mean, median and mode; which are statistics used to measure the central tendencies of a data set.

Mean is the average (Sum/Count).

Median is the midpoint of a data set.

Mode is the most common value in a data set.

After that, we explained how these statistics are calculated and useful in understanding the distributions of purchase value.

Lastly, we learned how to synthesize the Three Amigos of AOV into an educated thesis about purchasing tendencies. All that from a free newsletter…Pretty f'ing cool!

Alright that’s all we got. Thanks again for being a Whale Mail Subscriber. We will see you all on the flip!

P.S. If you are a Triple Whaler you can access Mean, Median & Mode AOV in the mobile and desktop app at Analytics->AOV. Plus, you can change the Purchase Value Bucket Size. Super slick.

One login. One Dashboard. All the Metrics. Plus a Mobile app!

One tab
to replace them all

Supercharge your growth with a purpose-built ecomOS for brands and agencies. 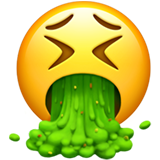 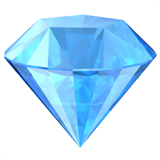 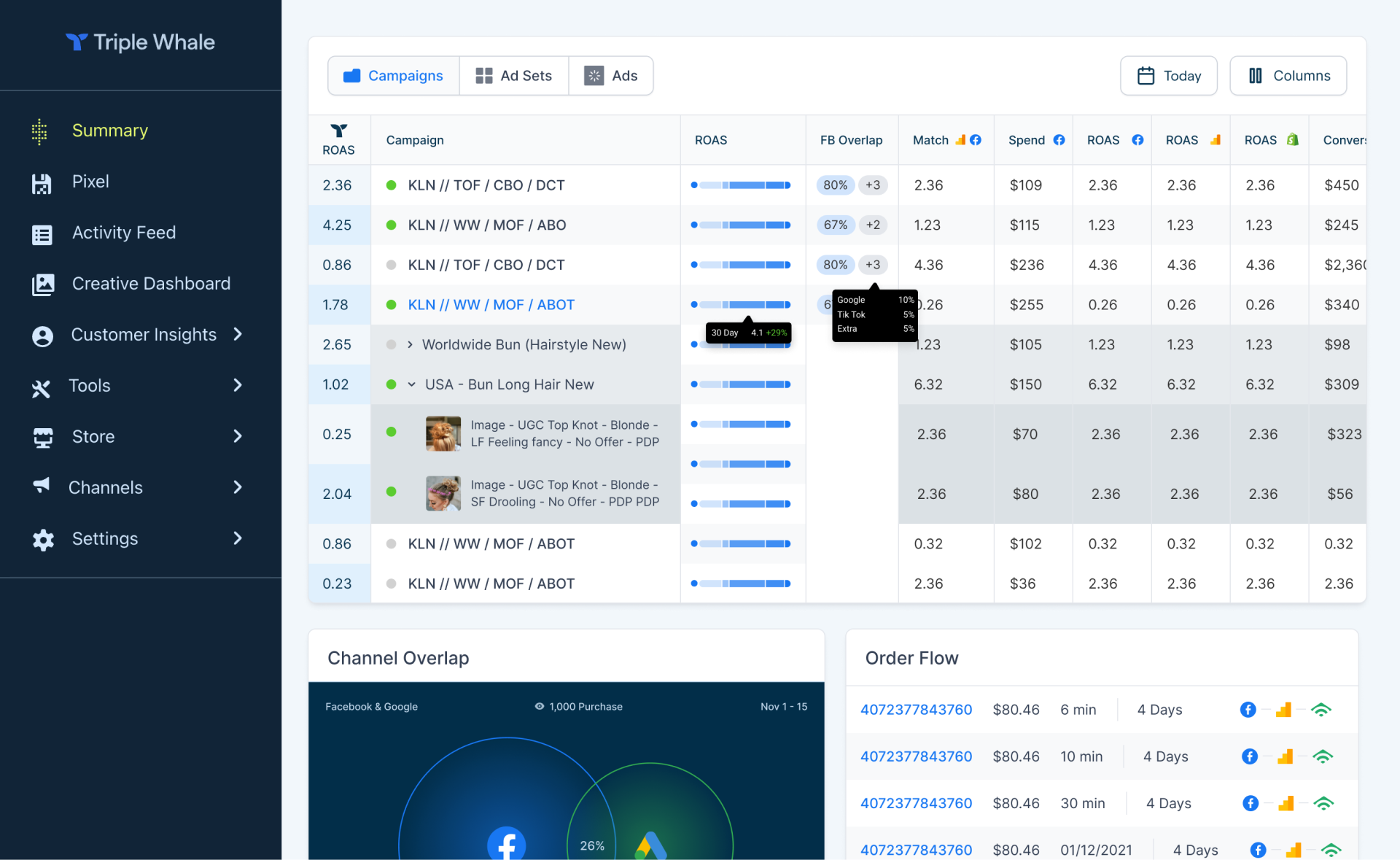